Clean Romance for Only $.99

Here are some great deals on clean, romantic books. Only $.99. Enjoy! 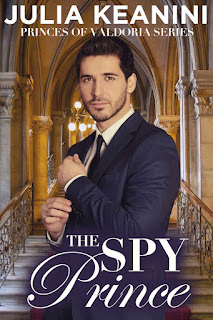 
She's intimidated by nothing...except for him. He's never needed anyone...except for her.
Prince Elliot Kane is known throughout the world for his charm, boyish good looks, and his title. He knows how to play the part well, so well that many know him as the playboy prince. But Elliot doesn't mind the moniker because it not only keeps him from having to maintain a serious relationship, it also helps to keep his biggest secret under wraps. He's a covert agent.
Give Lauren a gun, a ten-mile run through the desert, or having to face down some of the most dangerous criminals in the world...she rises to the challenge. But being partnered with the most eligible bachelor in the world, a man she's secretly had a crush on for years, she'll tremble. However Lauren has been trained by the best to be the best, even the spy prince won't throw her off of her game.
When Elliot becomes aware of one of his own committing crimes against humanity, he has to take the man down. And the only way to nail Prince Joquen, a man with diplomatic immunity, is to send another prince in. But Elliot can't do it alone. The smartest plan of attack is for Elliot and Lauren to fake a relationship to get into Joquen's inner circle. But when the lines between professional and personal blur will Lauren be able to keep her secret? Or will the spy prince finally find love? 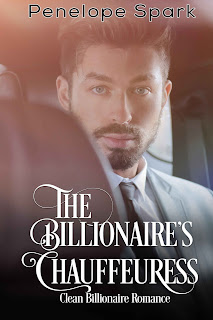 Isaac Cooley goes to work and goes home. That's it. He's keeping his nose to the grindstone, trying to make up for a reckless past.
Whitney Ames is his housekeeper, and he doesn't even know her name. But he learns it quickly when the chauffeur position opens up and she jumps to fill it.
They're just getting to know each other when a little girl shows up on Isaac's steps, claiming to be his daughter, which isn't possible.
Or is it?
As the unlikely threesome struggles to make sense of their new circumstances, Whitney becomes more and more worried about the dangerous feelings she's developing for her boss. She shouldn't be having such unrealistic dreams, should she?
This is a standalone sweet romance and is appropriate for any age.

Posted by Rebecca Talley at 1:13 PM