I need your help. Which cover do you like best? These are all rough mock-ups--I'm looking for the general idea you like best. Fonts can be changed easily. Please ignore the watermarks--I haven't purchased any of the images yet.

And if you don't like any of the covers, please say so. You can answer in the comment section. Thank you!! I really appreciate your help!

The story is a YA urban fantasy about a teenage girl who discovers she has enough Light to battle a nasty demon. 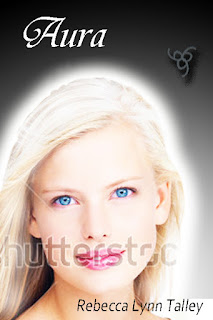 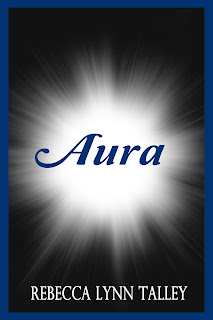 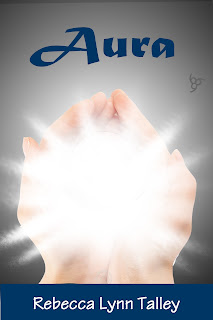 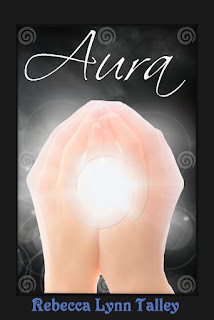 #5 None of the Above
Posted by Rebecca Talley at 8:00 AM 15 comments: Links to this post

I'm Not Voting for Mitt Romney Because He's Mormon

I've been going through an edit for my latest book and I think I should punctuate that sentence like this: I'm not voting for Mitt Romney, because he's Mormon. But that feels like it gives my intention a different meaning.

What I mean is that I'm not voting for him just because he's Mormon. I'm voting for him, because I think he is the best man for the job. Period.

He most closely represents my values and what I believe needs to be fixed in this economy. He's said his emphasis will be on jobs. He plans to create jobs through stimulating small business growth. I think that's key. I don't want more government jobs created, I want to see small businesses thrive and grow and hire more workers. I want to see the public sector shrink and the private sector grow.

I also think he understands that we can't spend out way out of debt and we have to rein in the out-of-control spending. I can't have something just because I want it. I have to be able to pay for it and if I write a check that has no money to back it, I go to jail. Why is our government exempt from this? Why do we keep borrowing money from China? At this rate, China will never have to invade us, they'll own us outright.

I don't like Obamacare. I don't think the government should be running, or even be involved in, our healthcare. In my experience, anything run by the government is inefficient and costly. Have you ever had to ask the IRS a question, or worse, deal with the IRS on an issue? It's a nightmare. And everyone has a different answer. The IRS is a perfect example of the government's inability to run an efficient organization. And we want to let it run our healthcare? Make decisions about our health? No thanks. Obamacare will run us into even more debt--how much is a trillion anyway?

Welfare and unemployment are other examples of inefficient and costly programs. I have an extended family member who took advantage of welfare for years. Perfectly healthy and able-bodied, but lived off welfare and spent the money on drugs. As did all of his friends. And unemployment? I know a young man who lost his job then collected unemployment so he could stay home and play video games. He took advantage of the system. these are not isolated cases, either.

I agree that people sometimes need help. But the way the government does it is wrong. If someone needs money to pay bills, let them work in exchange for that help. And make that help temporary, not a way of life. Give people a hand up, not a handout. I love the saying, "Give a man a fish and he eats for a day, teach him to fish and he eats for a lifetime." We need to teach people to fish!

And, here's something that irks me. I see people accuse republicans of being greedy and having no compassion. That blanket statement is wrong. First of all, anyone can be greedy, and greed isn't limited to money. People can be just as greedy with their time. I think there's greed in both parties. I also believe there's compassion in both parties. Some of the most compassionate people I know, are also conservative republicans. People who consistently donate time and money to help others. People who throw together a dinner at a moment's notice or donate clothing to a needy family or share garden vegetable or who will just sit and spend time with someone who needs it.

Mitt Romney has been accused of being greedy, of only being interested in making money. And yet he's donated millions and millions of dollars to charity, not to mention the time he's spent over his lifetime serving others. I'd venture to say that Mitt Romney had donated more money than many, if not most, president and even celebrities (people whose monthly earning are more than most people's yearly earnings). I don't think he can be accused of being greedy or not being compassionate.

I also like that he can work with opposing viewpoints. He understands how to balance a budget, how to run a successful business (you can't spend your way out of debt), and he embraces the Constitution.

So, yes, I'm not voting for Mitt Romney because he's Mormon, I'm voting for him because he is the best man for the job.

Posted by Rebecca Talley at 11:54 AM 2 comments: Links to this post

I need some help. I've been working on a young adult urban fantasy, Aura, for what seems like for-ev-er. I think it's finally nearing full completion and I need to get the back cover copy ready. The back copy is meant to entice readers and make them want to read the book.

After moving from one city to the next all of her life, Crystal Scott finally feels like she belongs in Silver City, Colorado. She has the lead in the high school play, a best friend, and a gorgeous boyfriend. With her senior prom only a few days away, everything is perfect--or so she thinks.


Because nothing is as it seems.


Vincent Crandall, the human host for a demon with an insatiable thirst for power, learns that Crystal possesses an extraordinary aura with enough Light to stop him and his plan to rule Silver City, and eventually the world. Vincent sends in operatives from his demon army to destroy Crystal's aura on prom night and she is suddenly thrust into an on-going battle with demons. When Vincent kidnaps her parents, Crystal must learn to control the power within her—a power directly linked to her virtuous choices—before he kills her parents and harnesses her Light for himself.

What do you think? Would it make you want to read this book? Does it grab you? How can I improve it?

Feel free to shred it.

Thanks for your help and your support!

Posted by Rebecca Talley at 10:04 AM 2 comments: Links to this post

The Obama administration has successfully closed down over 30 coal-fired power plants. One of the plants affected is in my area. As a result, some peeople have lost their jobs. We have a few power plants in the area.

My husband has worked for the coal mine that feeds these power plants for 23 years. It has been a wonderful job. Very secure with great benefits. In fact, our insurance provides for services that my son needs as a result of his Down syndrome. We have been very blessed and have not had to worry about insurance or medical care and we have been able to provide for our large family.

Unfortunately, if re-elected, President Obama has earmarked 120 more coal-fired power plants to shut down, including all of the plants in our area. That will effectively shut down the coal mining operation. These companies employ thousands of people in the area, not to mention all of the support businesses they support. Once the plants close, the mine will close and so will the vendors and suppliers that service these companies. A loss of that many jobs will have a drastic effect on a relatively small economy here. People will lose their homes. The housing market will crash. People will move which will mean less students at schools which will result in teachers losing their jobs, doctors and dentists losing patients, restaurants and stores losing customers. In a domino effect, businesses will be affected in a negative way.

And so will we. We have lived in this area for 23 years. We built our current home 18 years ago and have continued to invest in it and in our property. We have raised our kids here and we have been involved in the community. And it may all be at risk.

These power plants supply electricity to large cities, including Los Angeles. If these plants close, those in LA and other cities will pay higher prices for electricity as well as experience brown outs when there isn't enough power to go around. The fact is, right now we do not have enough resources to supply power without these coal-fired power plants.

While green power is a worthy goal, it is one that cannot be accomplished overnight. I'm not sure what the Obama administration plans to do to replace the power currently supplied by these power plants. Or what will happen to all of us affected by the closures. I don't think it's wise to close all of these plants, especially without a plan to replace the demand for power.

I'm all for cleaner energy. But we need to use wisdom in implementing it. We need to realize it takes time to create alternative power. And we need to consider the economic effects when an industry is targeted like this.

We all lose with President Obama's plan to close these plants. And that's our economic reality.

Email ThisBlogThis!Share to TwitterShare to FacebookShare to Pinterest
Labels: coal-fired power, Economy, green power, President Obama
Newer Posts Older Posts Home
Subscribe to: Posts (Atom)
I participate in the Amazon Affiliates Program. I may make a commission on sales from links I provide at no extra cost to you.