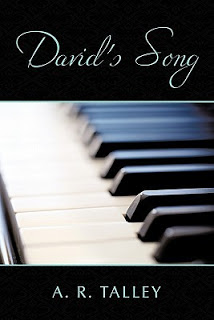 From the back cover:
Annie only ever really loved two men in her life. One broke her heart, the other married her. Four children and fifteen years later, Annie’s marriage is in jeopardy. Money is tight and her husband questions the very foundation of their relationship.
When Annie is unexpectedly given the opportunity to see the young man who broke her heart — a man who is now a megastar in the music industry — Annie is faced with choices. Choices that will determine what is of more value — a second chance at lost love and unfulfilled dreams or commitment, trust, and love built on years of experience.
A psychologically subtle, yet compelling tale about how the instinct and need for love overcomes self-doubt and personal inadequacy.
About the author:
April R Talley was born and raised in the Rubber City, Akron, Ohio in 1959.  She is the youngest of six children.  She attended Brigham Young University for a time, but withdrew to work fulltime for Osmond Productions in Orem, Utah as a member of The Osmond production staff.  After a brief stint working in television, she returned to Akron to finish her education.  She graduated with a Bachelor of Fine Arts in Mass Media Communications in 1981.   April later worked as vice president and part owner of a dance and sportswear boutique.  Married in 1982, she is the proud mother of seven children and is deeply involved in volunteer work for her church.  April spends her time working on future projects, caring for home and family, and traveling.  David’s Song is her debut novel and the first of a trilogy.
Links
http://twitter.com/ARTalley13
www.facebook.com/ARTalley7
www.goodreads.com/book/show/10168326-david-s-song
www.talleyar.blogspot.com
www.artalleyblog.wordpress.com
Praise from reviews on Goodreads.com
Not just your typical romance novel – Tracy Williams
David’s Song is great read that leaves you thinking about the story and pondering your own relationships. – Anna Pavkov
Sucked me in from the 1st page  - Jill Walker
Loved this book . . . could not put it down! – Dana Vieira
a Rafflecopter giveaway 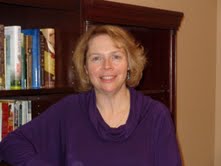 Ten Things About A. R. Talley

1. My first name is April
2. I am the youngest of 6 children
3. I attended an all girl parochial school from Kindergarten through 11th grade - I graduated as a junior (does that count as 2 things?)
4. I have been married for 31 years (to the same man)!
5. I have 7 children, and all but 1 are girls.
6. I love, love, love Broadway musicals.
7. My favorite book (for the moment) is Firefly Lane, by Kristin Hannah
8. I never, ever thought I could be a writer. (it just never occurred to me.)
9. I love going on Caribbean cruises, mostly because I can sit on the deck of a ship in the warm sunshine, look at the ocean, read a book, and watch people.
10. I have a very eclectic taste in music. (classical, pop, country, christian, Celtic, new age, show tunes, you name it, I  probably like it, with the very one exception of rap.)

“Can I ask you something?” I said.
“Can I stop you?”
“Have you always felt like you were my second choice?”  The lump was back in my throat.
“Emily,” he muttered.  “No, not always.  Just a lot more lately.   I feel like, maybe you think your life would have been better . . . .”
He didn’t finish the thought.  I wanted him to continue, but he must have felt he had gotten the point across.
“I haven’t thought that,” I said, trying to reassure him.
“Never?” he challenged. “Last month when you found out how much it would cost to put JJ in braces, you didn’t think about how your life would have been different if you had ended up with David and all his money?”
“No! I didn’t think that.”
“You didn’t think that when we had to use everything you had saved for vacation to put the roof on the house?”
“No!”
“You never thought about how your life would be different?”
Even if I had never thought about the money in those terms, I had thought about how life would have been different.  The thoughts had been wistful and not so much about David, but just how circumstances could be different if money wasn’t such an issue.  I felt cold sitting in that hallway and I wasn’t sure it was because of the air conditioning.
“Seems to me you’re the one who’s been thinking about how different my life would be,” I said defensively.
“I have no choice but to wonder.”
“What does that mean?”
“Don’t you think I see the disappointment in your eyes with every mounting bill?  Every time I look at you anymore, I can see how you think life has cheated you.”

Posted by Rebecca Talley at 8:31 AM No comments: Links to this post 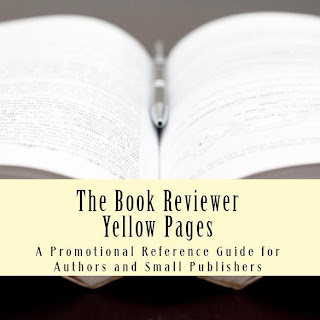 For more information visit:
The Book Reviewer Yellow Pages
Website * Facebook
The Book Reviewer Yellow Pages, Fourth Edition This is a wonderful resource for any author or publisher that wants to get their book reviewed. There are hundreds of detailed listings, explaining each book reviewer's preferred submission guidelines, contact information, turnaround time, and genre preferences. The book also includes a section in the back with author's services, where an author can find an editor, cover designer, etc. And no one has paid a fee to be listed in the book, so you know that you can trust the information. The PDF is priced at just $9.99, and is DRM-FREE. A must-have for any author, agent, or publicist.

Email ThisBlogThis!Share to TwitterShare to FacebookShare to Pinterest
Labels: Book Blast, Book Review, The Book Reviewer Yellow Pages
Newer Posts Older Posts Home
Subscribe to: Posts (Atom)
I participate in the Amazon Affiliates Program. I may make a commission on sales from links I provide at no extra cost to you.