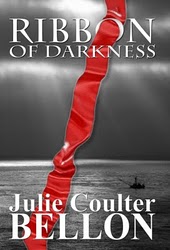 A split-second decision could change the world’s darkest hour to one of triumph--but who is willing to pay the price?

Kennedy Campbell has been running away for a long time--using her position as an international journalist to escape the ghosts of her family's past. She finds some solace working in an Afghan refugee camp, until the Taliban attacks them and Kennedy is forced to flee. She is pulled into a terrorist's realm of darkness as she fights to save those around her, but will it come at the expense of her own life?

Ethan Barak leads a double life, helping MI-6 bring down arms dealers all over the world until his father is murdered by an old associate. Ethan makes his next mission a personal vendetta by tracking down the killer to Indonesia.

While there, he finds himself in a position to either avenge his father or stop a terrorist attack on the Malacca Strait that will jeopardize innocent lives across the world. Can he look past his father's murder to save others?

The line between justice and mercy is blurred with each passing second, and international intrigue becomes intensely personal as the age-old struggle for redemption is brought close to home.

Sounds intriguing, doesn't it? Well, let me tell you, this is one fast-paced, gotta-keep-reading novel. If you love suspense, this is one book you have to read. And, if you haven't experienced a suspense novel, this one will hook you for sure.

Page after page I kept thinking, "Okay, I have to go to sleep now," but I couldn't because I had to keep reading (or clicking since I read it on my Kindle). I had to find out if Ethan was going to be a good guy or not and if Kennedy would ever get out alive. I also had to see if there'd be enough smooching--there was. I kept finding my heartbeat speeding up either because of the action or because of the smooching.

I loved Kennedy, she was strong yet feminine. She wasn't about to take anything lying down and she was with Ethan throughout the whole ordeal despite his attempts to baby/protect her.

Bellon does an excellent job with her descriptions. I felt like I was right there handcuffed to a pipe in the bathroom or in the middle of the boat or hiding in a closet trying to keep my breathing quiet so I wouldn't get caught. I could "see"  the setting and the people.  Bellon is a master storyteller and this book will keep you hooked until the last page.

And, I love the cover, too.

I definitely recommend this book. You can purchase it at Amazon. It's available in paperback or for your Kindle.

This book is also eligible for a Whitney Award.

PS I won this book in a contest. My opinion is my very own and no one else's.
Posted by Rebecca Talley at 8:19 AM

Another one for the tbr pile :-)

Click on Image
I USE AMAZON AFFILIATE LINKS FOR PRODUCTS POSTED ON MY BLOG.