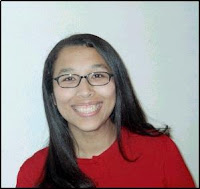 Marcia Mickelson is the author of the newly released, Reasonable Doubt, a story about basketball and murder. She is also the author of, Star Shining Brightly. Thank you, Marcia, for a great interview. Her books are available at LDS bookstores.

What made you decide to write for the LDS market?
In high school when I bought a new computer, I decided I wanted to
write a novel. Automatically, my characters were LDS. I thought I was
being unique. I had never heard of Jack Weyland or had ever read an
LDS novel. I never finished that novel. I went to college, got
married, had kids, and writing stopped.

About four years ago, I became hooked on LDS novels. My favorites were
Betsy Brannon Green, Jennie Hansen, and Rachel Ann Nunes. I quickly
read any of their books that I could get my hands on.

Then, I remembered the novel I started in high school, but had never
finished. So, I pulled it out and finished it, realized it wasn’t very
good, and then went on to write new ones.

Have you written for other markets?
I haven’t written for any other markets. Right now, my heart is in the
LDS market. I hope to one day write a novel that I could submit to the
national market.

What was it like to submit your first novel?
It was very exciting, but scary as well. It made me anxious to think
that someone would be reading what I wrote. As a writer, you really
put yourself out there.

How did it feel when you first saw it in print?
It was like a dream come true. When you’re writing, you envision that
moment so many times and think about how it would be. When it finally
happened, it was just so exciting.

Have you ever felt like giving up?
I don’t think I ever felt like giving up. When I received my first
rejection, I was actually excited. My first rejection! Hooray, I
thought. It meant I was on my way. Each rejection just made me feel
like I was one step closer to achieving my dream. I saw rejections as
just part of the path that would take me where I wanted to go. I think
that’s how life is. If we didn’t have disappointments and challenges,
we wouldn’t be able to appreciate the triumphs and good times.

What inspired you to write about basketball and murder?
I’ve always been a sports fan. When I was at BYU, I really enjoyed
going to college basketball games. A few years ago, during March
Madness and as the NCAA championships were approaching, I had the idea
that I wanted to have basketball be the backdrop of my novel. The
murder part just kind of worked its way into the story.

I still enjoy sports, but sometimes I feel guilty that when I married
my husband, I was a bigger sports fan than I am now. As I became
busier with kids and writing, I had to leave a few hobbies behind, and
sports was one of them. I held on to the ones that were really
important to me—reading and writing.

How did you keep track of all the clues you had to plant?
I kept notes that were pertinent to the story such as names, dates,
timelines, and other such details.

Do you outline?
I don’t usually outline very extensively. I write about a page of
notes that tell in a few words the major events that take place in the
novel. Then, I cross off the events as I write them. I have another
page of notes on which I write the characters’ names and a brief
description.

I once tried doing a very detailed outline with each chapter and the
major events that happened. I finished the outline and have the story
completely mapped out, but now I don’t really have the desire to write
it. This particular novel is still a work in progress, and I think I
will eventually finish it one day. I think I overdid the outline and
so I have realized that for me, it is better to not do detailed
outlines, but rather a very concise, short list of events and write
from that.

It is different for each writer and I think we all eventually figure
out what works for each of us.

How long did it take from submission to release of, Reasonable Doubt?
This last submission didn’t take as long as my first. I heard back
from the publisher within a week or so. That was a nice change
compared to my first novel which took the publisher several months to
contact me. It was nice to not be kept in suspense for so long this
time.

After they accepted Reasonable Doubt, it took about six months for it
to be released.

What is your writing routine?
I don’t have a real routine; that’s hard with three little kids. I
can’t write when they’re awake at all. It’s too hard to focus when I
know they need me. My two oldest are in school, so sometimes I write
when my little one naps. Mostly, I write at night when they’re all in
bed. I prefer to write in a closed room where there are no
distractions—I can’t see the dirty dishes in the sink or hear the TV
if my husband is watching.

I always carry a small notebook with me and sometimes find a few
minutes here and there to write a little. Just today, I was in line
for over forty minutes at the post office and was able to get a few
pages written. I did get some stares, and the man in front of me asked
what I was writing. It gave me a chance to tell him about my books,
and I even gave him a business card. I wonder if he regretted asking.

What authors have most influenced you?
I think that Betsy Brannon Green and Jennie Hansen who write in the
LDS market have influenced me the most. I loved their books. Reading
their novels made me want to pursue the dream I’d had many years before.

Any advice for aspiring authors?
I really suggest doing as much research as you can about the market
you want to write in. There is so much information available about LDS
publishing that was not available even 3-4 years ago. Read books about
writing and publishing. Know the business really well before even
submitting.

Have someone you trust read your manuscript and be ready to accept
their feedback.

Don’t give up. Get excited about your first (and second and third)
rejection. That means you’re on your way!

Other than the scriptures, if you were stranded on an island, which
book would you choose to have that you could reread over and over again?
My favorite book of all time is Jane Austen’s Pride and Prejudice. I
love Elizabeth and Darcy and could reread their interchanges over and
over.

Plans for more novels?
Yes! Right now, I’m editing and revising the sequel to Reasonable
Doubt. I hope to submit it to my publisher in January or February. I
also have a few others that I’ve started and really want to finish.
There are more ideas in my head than I have time for. 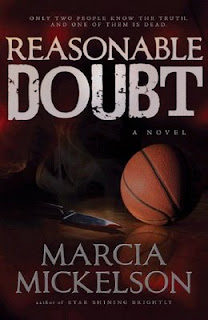 A beautiful and promising athlete is dead. The only suspect—her fiancé—has been apprehended. And as a defense attorney, it is Julia’s job to prove that Mick is innocent. But Julia believes he is guilty. No stranger to the crimes that men commit against women, Julia can easily believe that rich, talented, spoiled Mick did indeed kill Avery. Both were basketball stars at the University of Utah, and both were popular; yet everyone—except Mick’s family and Julia’s boss—believes that Mick is the murderer. As the evidence against Mick mounts, Julia stumbles across a secret Avery had kept hidden from everyone, even Mick. Julia realizes that perhaps she may have more than just reasonable doubt to support Mick’s case—if she can face her past and reveal her own secret. Meanwhile, Pablo, Julia’s new co-counsel, becomes convinced that Mick did not murder Avery, but can he convince Julia? Guilty or innocent? With Pablo’s help, Julia may be able to overcome her own fears and uncover the truth about Avery at the same time—if the murderer doesn’t find her first.
Posted by Rebecca Talley at 2:48 PM

hi rebecca,
very cool that you did this.

this is my new bloggy address since my bloggy totally died in december! i was bummed, but i have moved on and i like the new one :)

Thanks for this interview. I'm an aspiring author and it is motivational for me to read about a young mother who has made time for wriing.

Thanks Rebecca for doing the interview with me. Britt- good luck to you with the writing. Keep at it.

Click on Image
I USE AMAZON AFFILIATE LINKS FOR PRODUCTS POSTED ON MY BLOG.